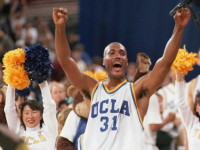 Ed O’Bannon was a member of the 1995 UCLA Championship Basketball Team, and the Tournament’s Most Outstanding Player. O’Bannon, now a car salesman, noticed something one day while watching a child play “NCAA Basketball” produced by Electronic Arts. What he noticed was a player, wearing the same number as he did, same height, and near identical attributes as himself, playing for UCLA. While his name wasn’t used, Ed wondered why he isn’t, or hasn’t been, compensated for someone else using his image and likeness in the video game.

O’Bannon, along with 20 other plaintiffs (including Hall of Famers Oscar Robinson and Bill Russell), brought suit in Northern District of California alleging the NCAA violated antitrust law by fixing player compensation, for usage of their image and likeness rights (“ILR”), at $0. At the time of the suit, players were barred from receiving any money generated from their ILR. This includes endorsements, merchandise sales, video games, or television exposure. The NCAA argued that in order to maintain a model of amateurism, these “student-athletes” are barred from profiting of their ILR.

Judge Claudia Wilken delivered a favorable holding for the players in early August. She ruled that the NCAA regulations prohibiting players from profiteering off of their ILR’s is an unreasonable restraint on trade violating Section 1 of the Sherman Act. Judge Wilken did not extend the holding to allow players from collecting their share of profits during their tenure as a player or in school. However, Wilken found delayed payment, held in trust, for the players and disbursed upon graduation or withdrawal, to be a reasonable restraint on trade, due to the a pro-competitive justification by the NCAA.

The NCAA has been characterized as a classic “cartel.” A cartel, in the eyes of antitrust law, is defined as a combination of producers of any product joined together to control its production, sale, and price, as to obtain a monopoly and restrict competition in any particular industry or commodity. The NCAA itself functions as a trade association that prescribes rules for its membership, comprised of over 1000 schools.

In bringing a Section 1 claim, the claimant must hurdle the threshold issues of 1) showing an agreement between two or more parties; and 2) that the alleged restraint affects interstate commerce. Both threshold issues are easily satisfied when analyzing rules prescribed by the NCAA. It has been clearly established, by the Supreme Court, due to the nature of sporting leagues, that the appropriate rule for viewing restraints of trade is the Rule of Reason, and not the Per Se rule. In a very basic explanation, the Rule of Reason, first looks to “Market Power” (Geographic and Product), and affords the ability to justify the restraint as a “reasonable” restraint because it is pro-competitive and is as least restrictive as possible.

Most significantly, in these instances, the NCAA holds complete market power in the services for Division 1 Basketball and FBS group licensing ILR. This is so simply because there is no reasonable alternative available. All member schools must assent to NCAA rules or face sanctions, and even expulsion from membership. Both measures demonstrate classic cartel behavior.

The NCAA has very recently dropped the rules prohibiting compensation beyond the stipends offered by teams. To counter the impending ramifications of being enjoined from enforcing these restraints, the “Big Five” Conferences, comprised of the ACC, Big 12, Big Ten, Pacific-12, and the Southeast Conference (SEC) have been given the autonomy to make their own rules regarding ILR compensation. While a loosening of the rules by the NCAA may seem on its face a big win for the players, it isn’t exactly the “no-strings attached” kind of a gift by the NCAA.

Going back to the Rule of Reason, the claimant must show that the alleged competitors have market power. Courts have generally held that in order to fall within the scope of Section 1, market power must near or above a 33% market share. Again, established in the NCAA O’Bannon case, the NCAA as 100% market power. However, by delegating the rulemaking to the Big Five, without further analysis, would appear that when each conference enacts a rule that it’s member schools agree on, they will fall below the a 33% market power share because each conference will, absent further analysis, account for only 20% market power.

What is most interesting is that not all conferences are created equal. Merely allowing 5 separate actors to make rules autonomously doesn’t necessitate equal market shares. Firstly, Conferences don’t all have the same amount of teams (ACC, Big Ten, and SEC each have fourteen; Pac-12 has twelve teams; Big 12 has ten teams). On its face, based solely on the amount of teams in each conference, the ACC, Big Ten, SEC would each have approximately 21.8%. The Pac-12, and Big 12 would have 18.7% and 15.6%, respectively. Further, the past 8 FBS Championship games have all featured teams from the SEC, with the SEC team winning all those contests except 2013. This seems to show more than just mere coincidence; it tends to show that in the market for elite player services, the SEC may control more of the market. A more detailed inquiry into the allocation of top recruiting classes may shed even more light onto actual market power, as opposed to the assumption of 20% per conference.

The market power determination will play an integral role in the rulemaking of the Conferences. In the past, some courts have tended to struggle with the economic analysis of antirust cases. It will be interesting to see how courts may come to grapple with this determination and also what new rules the Big Five will enact.