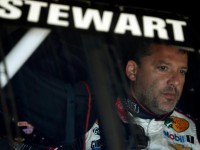 Of late, the NFL has been as difficult to turn away from as a car crash. Between Ray Rice, Adrian Peterson, Greg Hardy, Roger Goodell, ESPN, and sponsor dissatisfaction– to list just a few hot-button issues – the American public has been unable to stop talking about the challenges the league finds itself facing. And the tide of constant attention shows no signs of stopping, as the outrage over Husain Abdullah’s unsportsmanlike conduct penalty for post-touchdown prayer demonstrates.

But amidst the focus levied on the NFL, one very real car crash has received a relative fraction of public scrutiny: the August 9, 2014 sprint car accident that resulted in the death of twenty-year-old driver Kevin Ward, Jr. at Canandaigua Motorsports Park in upstate New York. Ward was killed when he climbed out of his stalled vehicle and was struck by the right rear tire of a car driven by celebrated NASCAR driver Tony Stewart. On September 24, 2014, an Ontario County grand jury found no basis to indict Stewart on charges of both second-degree and criminally negligent homicide. Ontario County District Attorney Michael Tantillo also revealed that toxicology reports showed that Ward “was under the influence of marijuana” at the time of the race at levels sufficient “to impair judgment.” Stewart, who will likely face a civil suit from Ward’s family, was not subjected to a toxicology test after the race. Although he voluntarily sat out for three NASCAR Sprint Cup races after the incident, Stewart faced no formal punishment from NASCAR, in part because the Canandaigua race was not a NASCAR-sanctioned event. NASCAR allowed Stewart to make his own decision as to whether to compete, although it did promptly change its own race rules to curb drivers’ ability to walk on the track after a crash. Stewart finished in the top ten in four subsequent races, and indicated at a recent press conference that he has no plans to leave racing.

NASCAR’s restraint stands in sharp relief to the NFL’s reaction to criminal claims involving its own athletes. Although it faced questions of serious delay in the Ray Rice matter, the NFL was quick to impose severe game-day penalties upon other players after they were charged with criminal behavior. Most recently, Adrian Peterson was placed on the exempt/commissioner’s permission list following multiple allegations of child abuse, and may not be able to return to the Vikings at all this season. NASCAR certainly had similar latitude to punish Stewart under its broad contractual behavioral policy, which prohibits engaging in activities “detrimental to the sport.” However, rather than suspend Stewart even out of an abundance of caution, the organization instead chose to wait out the formal investigation into the Canandaigua accident

Of course, there are obvious differences between the Stewart matter and the Rice, Peterson and Hardy cases: all three NFL players faced criminal charges at the time of their suspension. But despite the accidental nature of Ward’s death and the absence of a criminal indictment, Stewart has not emerged as beyond reproach. Stewart is characterized as one of NASCAR’s most divisive drivers, known for his aggressive racing style. Indeed, the driver faced criticism after Ward’s death from industry professionals and fans alike after an amateur video documenting the accident was released; these individuals argued that Stewart drove too close to Ward to intimidate him, with unintended horrific results. “Tell me how a NASCAR star totally forgot what caution means,” proclaimed Ward’s aunt in an open letter after Tantillo released his statement. Clearly, enough concern existed about the incident to prompt a formal grand jury investigation. And yet, NASCAR took the ostensible risk of allowing Stewart to make his own participation decisions regarding future formal organization events.

Stewart’s culpability for Ward’s death is, without question, a far cry from the intent behind the injuries inflicted by Rice, Peterson and Hardy. And certainly, NASCAR’s hands are cleaner than the NFL’s when it comes to making information about a star’s behavior public. But this case, combined with current NFL controversies, begs a very important question: how and when should professional sports associations respond to allegations of criminal conduct by their athletes off the field? And, as technology improves, should governing bodies wait for the wheels of justice to begin turning before they take action themselves?

While it is easy to characterize NASCAR’s refusal to suspend Stewart as a lapse in judgment or hand-wringing inaction – particularly because Stewart’s ability to drive safely was under investigation – the Stewart matter may in fact represent an admirable expression of restraint and confidence. As much as they may like to do so, professional sports associations cannot control the behavior of athletes when they are “off the clock.” Further, they walk a fine line when reacting to activities that take place beyond league-sanctioned activities, even when that behavior affects the organization’s public image. Suspension – with or without a corresponding loss in income – represents a valuable tool in projecting what kind of behavior such associations will tolerate. But knee-jerk official punishment for behavior not undertaken during a sanctioned event, particularly where no criminal charges have been imposed, also represents a slippery slope of encroachment into the often-limited private lives of employees. NASCAR, like the NFL, was presented with indisputable video evidence of questionable behavior by one of its athletes outside of the scope of a sponsored activity. NASCAR’s inaction, though, unlike the NFL’s, turned out to be the right move; the Ontario County grand jury investigation returned both a lack of culpability for Stewart and shifted some of the responsibility for the tragedy onto Ward. Suspending Stewart right away, as NASCAR rightly recognized, could have alienated both a popular driver and fans from the league once the investigation concluded. NASCAR followed its gut and let independent forces handle independent behavior, with positive results and without unnecessary regulation of Stewart’s private matters. Regardless of the result, both Stewart’s case and the NFL’s personnel problems represent a valuable opportunity. Fans of any professional sport can and should hope that the media attention for NASCAR and the NFL will prompt the formulation of clear, fairly applied league standards regarding athlete participation during an independent investigation for off-field (or track) behavior.