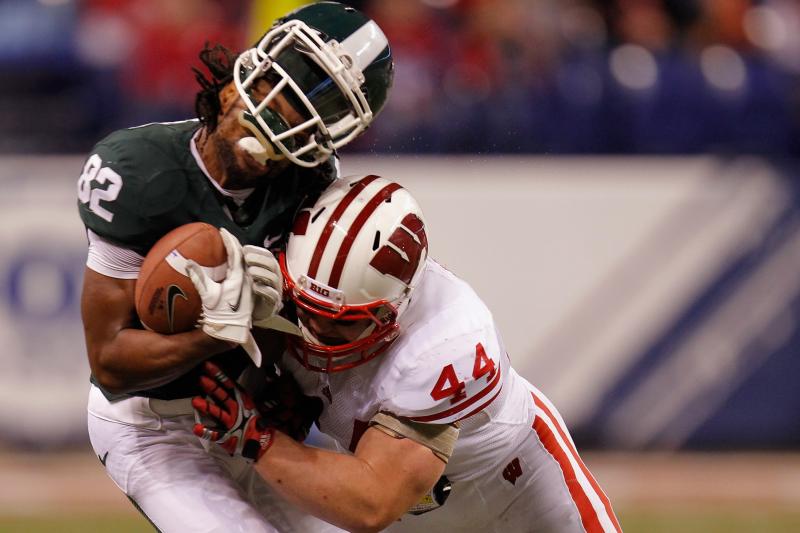 Although the thrills of March Madness have provided a brief respite, the NCAA’s ongoing legal crises are difficult to ignore. While the federal investigation into recruiting practices in men’s college basketball[1] may be the center of attention, there is pending litigation on other issues that has the potential to redefine the relationship between college athletes and their schools. These include the In re: National Collegiate Athletic Association Athletic Grant-In-Aid Cap Antitrust Litigation antitrust case—better known as Jenkins v. NCAA[2]—which could rollback the NCAA’s amateurism regulations even further than O’Bannon did[3], and the “single school/single sport” concussion cases filed by hundreds of players against their former schools and athletic conferences.[4] The concussion litigation, which is separate from the NCAA Concussion Settlement[5] that is currently awaiting implementation[6], has the potential to clarify a school’s duty of care to its athletes and provide monetary relief for thousands of former football players.[7]

Similar to the NFL[8] and NHL[9], the NCAA and its member institutions have been the subject of an increasing wave of concussion-related complaints amid mounting evidence linking contact sports to diminished brain health and other neurocognitive issues.[10] The lawsuit that sparked the recent uptick in concussion litigation in college sports came from former Eastern Illinois football player Adrian Arrington, who in 2011 sued the NCAA for its “negligence and inaction with respect to concussions and concussion-related maladies sustained by its student-athletes.”[11] Other players followed suit[12], and the cases were consolidated in an Illinois federal court and later settled in 2014.[13]

As currently constituted, the NCAA Concussion Settlement provides all former NCAA athletes—not just football players—with medical monitoring for concussion-related injuries (the settlement has not yet been implemented due to procedural delays[14]). The settlement agreement contains two important caveats:

1) It does not provide monetary compensation to athletes concussed while playing in the NCAA[15], but
2) It allows former athletes from a single sport (e.g., football, lacrosse, hockey) to seek financial damages from their school and/or athletic conference in separate lawsuits.[16]

These carve-outs motivated a wave of “single school/single sport” lawsuits, which were consolidated in the same Illinois federal court as the NCAA Concussion Settlement and are being overseen by the same judge. [17]

Over 100 “single school/single sport” cases have been filed to date, arguing that schools, athletic conferences, and the NCAA (“Defendants”) had a duty to ensure athletes’ safety given the extensive research on the dangers of concussions, but “failed to educate…[college] football players of the link between TBIs in amateur football and chronic neurological damage, illnesses, and decline.”[18] The players assert breach of contract, negligence, fraudulent concealment, and unjust enrichment claims [19] and seek damages for the past, present, and future effects of their injuries.[20]

Though the cases have been consolidated, the court has not yet decided whether to certify a class against the NCAA or against a particular conference or school. To help resolve that issue, the parties have selected two “sample” cases apiece that can best indicate whether the “single school/single sport” complaints should move forward on a class basis.[21] These test cases will proceed through motions, discovery and, if necessary, trial to determine how best to approach the remainder of the cases. At present, the four sample cases (“Sample Cases”) have been selected and are currently in the motion to dismiss phase.[22]

In the Sample Cases, the key allegation of the Player-Plaintiffs is that the Defendants “owe[d] a duty of care to safeguarding the well-being of its student-athletes,”[23] yet only recently implemented concussion management procedures. The players attempt to establish such a duty by recounting how the NCAA was founded in response to player safety concerns in collegiate football[24] and reciting several of the NCAA’s purported core values regarding athlete health.[25] In particular, the players cite the NCAA’s “Principle of Student-Athlete Well-Being,” which states, “each member institution [is responsible for]…protect[ing] the health of, and provid[ing] a safe environment for, each of its participating student athletes.”[26] In their motions to dismiss, the Defendants do not confront these claims directly, but variously argue the Player-Plaintiffs’ claims are time-barred, that no contract exists between the athlete and school/conference/NCAA, and cannot be adjudicated in the jurisdiction in which they were filed.[27]

Whether the “duty” alleged by the players in these cases exists is yet unclear. The Third Circuit held in Kleinknecht v. Gettysburg College[28] that a university had a “special relationship”[29] with a player who is “participating as an intercollegiate athlete in a sport for which he was recruited”[30] and owed the player a “duty of reasonable care,”[31] while the Tenth Circuit ruled in Orr v. Brigham Young University that BYU did owe one of its football players a heightened duty of care based on his athlete status.[32] But the duty of care pendulum has swung further in the athletes’ favor, a trend exemplified by a 2017 ruling in a former collegiate lacrosse player’s suit against the NCAA in New York state court.[33] In a novel holding, the New York court determined the NCAA “owed a duty of reasonable care to the plaintiff” due to its “significant control over the rules of play and equipment…”.[34] Since the lacrosse players were not permitted to use protective headgear during competition, the court rejected the NCAA’s argument that the players assumed the of risk of participation.[35] Analogizing this holding to the current concussion litigation could be useful for the Player-Plaintiffs: the alleged failure to educate athletes on the long-term dangers of concussions and implement appropriate safeguards is comparable to the prohibition on protective equipment in lacrosse in that both deprive athletes of tools (be it science or equipment) that could have shielded them from the risks of their sport. A March 2018 ruling by the California Supreme Court—which found that “universities have a special relationship with their students and a duty to protect them from foreseeable violence during curricular activities”[36]—could also work in the athletes’ favor.

The law is more settled on the contract issue—most courts recognize a contractual relationship between students and their universities[37]—but whether it was breached remains a question of fact. Moreover, because there may be substantially greater variation in the contracts between college athletes and their schools or conferences than there is, for example, between NFL players and their league and teams[38], a concern over whether sufficient commonality exists to proceed on a class basis also arises. Further implicating the commonality issue is that the NCAA is a far less centralized organization than a professional sports league, meaning policies on concussions could vary widely between schools and leagues.

The “single school/single sport” concussion litigation is far from over— it could take years before trials are reached[39]—but it remains deserving of keen attention because of its potential to fundamentally alter the legal relationship between college athletes and their schools. It could also create significant financial liability for schools if players are permitted to receive monetary damages through settlements. As a result, schools may look to improve their concussion protocols and add specific language regarding concussion management procedures in athletes’ financial aid agreements. Institutions might also introduce arbitration clauses, liability waivers, and other language restricting athletes’ ability to seek legal redress for injuries suffered during their careers.

Cameron Miller is a graduate of Arizona State University’s Master’s of Sports Law & Business Program. Before attending ASU, Cameron was a college athlete at Stanford University, where he ran track and field/cross county while majoring in History.

[1] Mitch Sherman, Everything you need to know about the college basketball scandal, ESPN.com (February 23, 2018), http://www.espn.com/mens-college-basketball/story/_/id/22555512/explaining-ncaa-college-basketball-scandal-players-coaches-agents.

[37] Adam Epstein and Paul M. Anderson, The Relationship Between a Collegiate Student-Athlete and the University: An Historical and Legal Perspective, 26 Marq. Sports L. Rev. 287 (2016) (finding “the contractual relationship (between athlete and school) has been well established for decades, as courts have consistently found that when a student-athlete enters into a contractual relationship with the university that they attend, they are provided with an athletic scholarship in the form of a grant-in-aid that supports tuition, room and board, and books, in exchange for the athlete’s promise to remain eligible to participate in athletics.”).