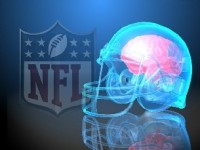 The Honorable Anita B. Brody of the District Court for the Eastern District of Pennsylvania announced Monday that the National Football League and the approximate 4,000 individuals suing the League must go to mediation.  Former NFL players who suffered or fear permanent brain damage due to football-related concussions are suing the League for negligence and claim that the League concealed information.  According to one NFL.com reporter, the Judge’s “decision to move the case to mediation likely signals a belief that a settlement is possible with continued negotiations.”  ESPN.com also puts faith in the mediator, Layn Phillips, who used to be a federal judge in Oklahoma.

Back in August, the NFL filed a motion to dismiss with Judge Brody, claiming that the collective bargaining agreement covers safety and health rules and that it is up to each individual team to determine whether a player is fit to return to the field.

At the end of the day, since mediation is non-binding, Phillips may propose a settlement or conclude that a settlement is not feasible and therefore must return to Judge Brody.  If the latter is the case, then she will rule on the NFL’s motion.