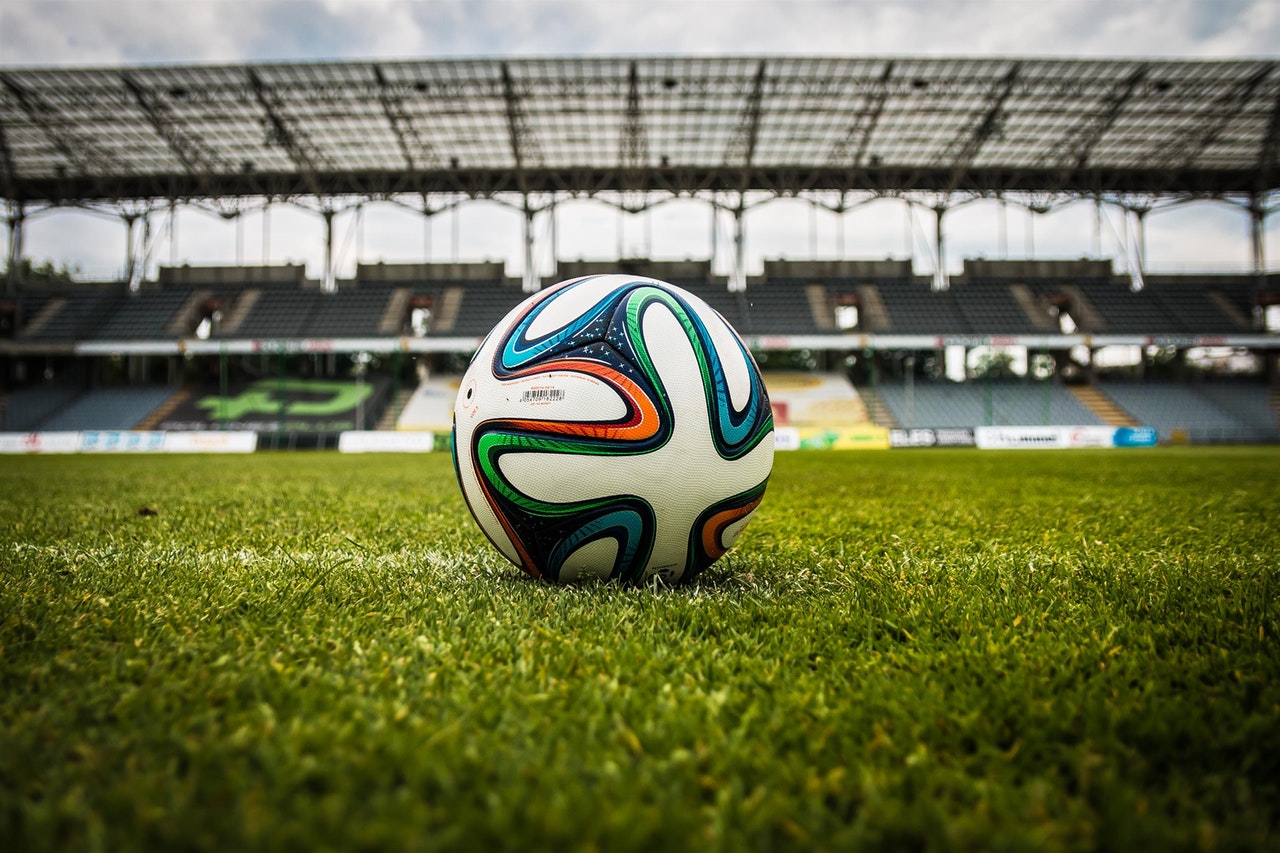 Under the Ted Stevens Olympic and Amateur Sports Act of 1978, U.S. Soccer has been designated as the sport’s official governing body in the U.S.[2] To host international games in the U.S., parties such as Relevent must get permission from U.S. Soccer, who in turn must abide by FIFA’s bylaws to retain their FIFA affiliation.[3] U.S. Soccer argues that it is “bound by its agreement with FIFA not to sanction foreign league matches on U.S. soil.”[4] In 2018, Relevent applied to host a competitive La Liga match between FC Barcelona and Girona FC in Miami, which U.S. Soccer denied.[5] Relevent then sought to host a less prominent game between two Ecuadorian clubs, Barcelona Sporting Club and Guayaquil City FC, which was also denied.[6] This denial spawned an antitrust and tortious interference suit.[7]

Regarding the antitrust claim, Relevent has argued that U.S. Soccer conspired with FIFA and SUM “to implement a policy that restricts the total number of officially-sanctioned league games that can be played in the United States.”[8] Relevent’s perspective is that such an arrangement violates Section 1 of the Sherman Antitrust Act, which prohibits contracts or conspiracies that restrain trade or commerce among the several States or with foreign nations.[9]

The main argument proposed by Relevent and the Department of Justice against U.S. Soccer and FIFA is that restricting leagues to their home jurisdiction is a form of geographical market allocation, a per se violation of U.S. antitrust laws.[10] By preventing other leagues from hosting games in the U.S., FIFA is giving a competitive advantage to MLS in the U.S. market. While there are other men’s soccer leagues in the U.S., namely the United Soccer League (USL) Championship and USL League One, MLS dominates the market. Further, if other financially powerful leagues, such as La Liga, the English Premier League, or the Bundesliga were to play games in the U.S., data suggests customers would likely be drawn to go to those games instead of their local MLS team.[11] By restricting commerce, FIFA is in effect allocating an MLS dominated market based solely on geography which unfairly limits the in-person viewing options of American consumers.

It is my opinion that a policy which mandates that teams play league games only within their home country clearly restricts commerce. While FIFA, as the sport’s governing body, arguably has a role to play in deciding when and where teams play games, to categorically deny access to specific markets is a restraint of each team’s ability to freely conduct commerce. As it pertains to Relevent’s claims specifically, Relevent can prove that the restriction at issue hurt American consumers because La Liga was unable to host a match in the U.S. This undeniably harms American consumers who may have gone to the game if it had been allowed to have been played. While fans still might have been able to watch the game on TV, one could argue that there is greater value in being able to watch the game in person. Just as many sports fans may brag about having seen Michael Jordan play in person, attendees of a La Liga match on U.S. soil would have bragged about seeing Lionel Messi, one of the best soccer players ever, who would likely have played in the La Liga game had it been played in Miami.

Furthermore, given how other major sports leagues are open to playing competitive league games abroad, notably Major League Baseball (MLB) and the National Football League (NFL), who are playing regular season games in London, FIFA’s policy runs counter to the trend in global sports.[12] Soccer’s European sports leagues, similar to the MLB and NBA, host global audiences. Restricting their ability to play competitive matches in front of fans, no matter where they are located, restricts commerce and also limits business opportunities for leagues to grow by further expanding into the American market.

All that said, while there are anticompetitive harms, the policy itself is arguably good for the sport of soccer as a whole. It is easy to imagine a situation where the richer clubs with a more global fan base decide to start playing league games abroad to make more money. Fans around the world would pay a premium to see these teams. However, smaller teams without the same global reach and popularity would be left behind in this new operational model. FIFA and individual leagues are already trying to level the playing field between the haves and have-nots, most notably with financial fair play regulations and new TV distribution models.13 Allowing these teams to further capitalize on their brand would likely harm competition within each league because the large, rich teams would become even more powerful.

Another way this policy increases competition within each league is that the players on the teams likely to travel abroad would face circumstances different than the teams that would not. A team coming from Germany or Spain would face the jetlag associated with a six-hour time difference (more, if not playing on the east coast), which could hurt their performance when they return to their home country and are forced to play a team who does not have to readjust. Additionally, if teams are forced to sacrifice home games by playing abroad, the loss of home-field advantage and having the same number of home games as every other team could be a detriment to their success in the league. This also assumes teams only come to the U.S. to play, but more realistically, players could be forced to play games all around the world, and it is easy to see how this travel could hurt overall performance and distort competition.

Relevent points to the fact that American leagues are beginning to play games abroad, but there is a key difference in the market for those leagues as compared to soccer.14 There is simply no equivalent league to the NFL and MLB in other countries. Other countries have football and baseball leagues, but those teams are not the global brands that American sports teams have become. Even though MLS is not a major sport in the U.S., it is arguably much larger and globally relevant than the British Baseball Federation and the British American Football League, England’s equivalent leagues. MLS is able to attract big stars to play in the U.S., while the reverse is not true. While the quality in MLS is not be the same as in the big European leagues, there is still a high-quality substitute for soccer fans in America, meaning the anticompetitive harm imposed on American consumers is potentially somewhat limited.15

Lastly, FIFA and U.S. Soccer do allow teams to play competitive matches outside their country in some situations, most notably the regional Champions Leagues.16 Even though FIFA does not allow for league games to be played abroad, this is not a total restriction on the playing of competitive matches outside the home country, which would not be the case if a total market allocation division was enforced. Additionally, teams are allowed to participate in friendlies and preseason matches outside their country. For example, Relevent is a promoter of the International Champions Cup, a preseason tournament that routinely hosts the world’s largest teams in the U.S.17 While fans may not always see the big-name players in some of these games, that is a risk whenever a fan goes to watch their favorite team, as players will take games off to rest. Ultimately, though Relevent may argue that there is a much higher value placed on league competitive matches, U.S. Soccer does, with FIFA’s approval, allow some competitive and many friendly matches in the U.S., meaning there may not be a total market allocation division being enforced as Relevent and other promoters are able to bring these teams to the U.S. This could lead to the conclusion that the harm from not being able to see, specifically, competitive league matches may arguably be overstated.

One problem for FIFA is that it is responsible for soccer everywhere, not just in the U.S., and preventing teams from playing league games abroad is probably good for each individual league, even if it is an agreement that harmfully restricts commerce in the U.S., which is the central focus of antitrust law in the U.S. While the Department of Justice has warned that the territorial restriction of league games could be per se illegal via a market allocation theory, if U.S. Soccer and FIFA are able to avoid a per se ruling, there are some procompetitive benefits to soccer as a whole that are valuable and should be considered under a rule of reason or even quick look analysis.18

If Relevent does win this lawsuit, fans all over the world will have the potential opportunity to welcome their favorite clubs to their country, but it could come at a cost for the competitiveness within each league.

15 Simon Byrne, Is The MLS Ready to Become a Footballing Superpower?, World In Sport (May 11, 2020), https://worldinsport.com/is-the-mls-ready-to-become-a-footballing-superpower/.