North Carolina Governor Pat McCory has come under fire recently for his support of House Bill 2 (HB2), the Public Facilities Privacy & Security Act.[1]  The bill, which was pushed through the General Assembly by virtue of a special session[2], was a reaction to Charlotte’s recent ordinance[3] that expanded civil rights to individuals on the basis of martial status, sexual orientation, and gender identity. 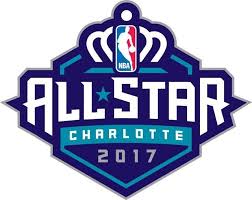 As might have been expected, the public outcry in response to HB2 has been deafening.  American Airlines and Wells Fargo[4], among others, have already been outspoken in their condemnation of HB2, and Bruce Springsteen[5] canceled his scheduled concerts in North Carolina.  But what could be the most financially relevant response to North Carolina is what the National Basketball Association (NBA) will decide to do with regards to its 2017 All-Star Game, which is scheduled to take place next February in Charlotte.

Why HB2 Is Controversial

Governor McCrory touted HB2 as a bipartisan bill[6] that combated the Charlotte ordinance that “defied common sense.”  So what could be the problem?

First off, “bipartisan” is a bit of an overstatement.  Although the bill passed through the Senate by a vote of 32-0[7], the unanimity was a direct result of Senate Democrats walking out of chambers rather than casting a vote.

The crux of the problem with HB2 lies with the bathroom aspect of the bill.  HB2 requires that individuals use the public bathrooms that correspond to their biological sex.[8]  The argument made by Governor McCrory and his defenders is that to allow transgender people to choose their restroom would open the door to sexual assaults in women’s restrooms.[9]  Proponents contend that there is a privacy issue as well as the issue of sexual predators.

However, the transgender community sees a bigger and more pressing problem by enacting HB2.

“If I were to walk into a men’s bathroom, I would either be told that I’m in the wrong bathroom or I’d be outed as a transgender woman,”[10] Lara Nazario, a trans woman from Charlotte, told NPR.  “This can often lead to violence or harassment, especially when there’s no protection in place for people like me.”[11]

In addition to the bathroom problem, HB2 also prevents any future laws like the one in Charlotte, blocking local governments and cities from extending nondiscrimination rights to LGBT (Lesbian, Gay, Bisexual, Transgender) individuals in the future.

Why Should the NBA Care?

Aside from the basic human instinct to care for those individuals who are being taken advantage of, the NBA has a reputation for being an extremely LGBT-friendly organization.

In 2013, the NBA became the first major American sports league to have a homosexual player on an active roster, when Brooklyn Nets center Jason Collins came out.  Former NBA center John Amaechi also came out as gay, though he did so after his playing career concluded, and has gone on to be a very vocal and influential figure in his native Great Britain.

In light of HB2, the NBA released a statement which read in part:  “We are deeply concerned that this discriminatory law runs counter to our guiding principles of equality and mutual respect and do not yet know what impact it will have on our ability to successfully host the 2017 All-Star Game in Charlotte.”[12]

Notables in the NBA community have come out and said the league should move its All-Star Game.  Basketball Hall-of-Famer, 1992 Dream Team member, TNT commentator, and Capital One commercial star Charles Barkley has been one of the most vocal opponents of holding the All-Star game in North Carolina.

“As a black person, I’m against any form of discrimination—against whites, Hispanics, gays, lesbians, however you want to phrase it,” Barkley said.[13]  “It’s my job, with the position of power that I’m in and being able to be on television, I’m supposed to stand up for the people who can’t stand up for themselves.”[14]

Seeing an opportunity to facilitate the NBA’s moving of the All-Star Game, the city of Atlanta introduced a resolution[15] requesting a relocation of the weekend festivities to Atlanta.

“We just wanted to say:  `If you guys are going to take a look at other places, consider us,’”[16] Council President Ceasar Mitchell said.  “We wanted to assure the NBA that Atlanta is open for business, and open to (all) people.”[17]

The prospect of the NBA taking the All-Star Game away from North Carolina is so plausible that when a fake ABC News story ran in early April stating that NBA Commissioner Adam Silver had given North Carolina a thirty-day window to repeal the law or else the game would be moved, multiple reputable sites quoted the fake NBA press release.

What Is Likely To Happen?

Ultimately, the economic and societal backlash that is facing North Carolina should be enough to force Governor McCrory to reconsider HB2 before the NBA needs to make a firm decision.  The threat of losing out on the lucrative February event will give Governor McCrory plenty to think about when considering the future of HB2.  The All-Star Game alone could represent a $200 million windfall to North Carolina, as the game brought $195 million[18] to New York back in 2015.  The business sports provide to states has proven to be a very influential authority when it comes to state laws.  The National Football League was seen as a major force behind compelling Georgia Governor Nathan Deal to veto a similar anti-LGBT[19] law in March.

It is notable that Governor McCrory has already started his retreat, issuing an executive order designed to “reinstate the right to sue in state court for discrimination.”[20]  However, his executive order has not quieted the discontent with HB2.  The American Civil Liberties Union (ACLU), which has already filed a lawsuit, called Governor McCrory’s order, “a poor effort to save face.”[21]  North Carolina Attorney General Roy Cooper has publicly derided HB2 as flatly, “unconstitutional.”[22]

As pressure builds for Governor McCrory, it too is building for Commissioner Silver.  On Thursday April 14, Senators Jeff Merkley (D-OR), Mark Kirk (R-IL), Patrick Leahy (D-VT), Cory Booker (D-NJ), Tammy Baldwin (D-WI) and Patty Murray (D-WA) penned an open letter to Commissioner Silver imploring he move the All-Star Game from Charlotte.  “We cannot condone nor stand idly by as North Carolina moves to legalize and institutionalize discrimination against the LGBT community,” the letter reads.  “Nor should the NBA allow its premier annual event to be hosted in such a state.”[23]

With the public pushback increasing seemingly every day and the economic losses mounting, the most likely outcome here is that the ACLU’s case will never make it to a courtroom, and that Governor McCrory will have to water down his law before the NBA needs to make a final decision on February’s All-Star Game.