Although the thrills of March Madness have provided a brief respite, the NCAA’s ongoing legal crises are difficult to ignore. While the federal investigation into recruiting practices in men’s college basketball[1] may be the center of attention, there is pending litigation on other issues that has the potential to redefine the relationship between college athletes […]

North Carolina Governor Pat McCory has come under fire recently for his support of House Bill 2 (HB2), the Public Facilities Privacy & Security Act.[1]  The bill, which was pushed through the General Assembly by virtue of a special session[2], was a reaction to Charlotte’s recent ordinance[3] that expanded civil rights to individuals on the […] 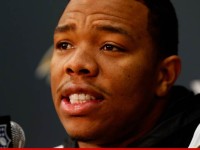